In honor of World Cities Day on the 31st of October, as designated by the United Nations General Assembly, npj Urban Sustainability's Editor-in-Chief Thomas Elmqvist has written a perspective on the challenges and opportunities for sustainability that urbanization, shrinking and ageing populations present.

Urbanization, shrinking and ageing populations – challenges and opportunities for sustainability 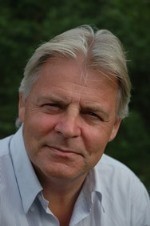 While the overall urbanization and extent of larger metropolitan areas are expected to increase in the foreseeable future, in many regions, cities are simultaneously showing striking signs of shrinking and ageing. Globally, people above 65 years old are the fastest-growing segments of the population and in 2019, for the first time in human history, they outnumbered children younger than five years old (UN 2019). In addition, in many regions populations are not only ageing but also shrinking. Currently, fertility rates are near or below the 2.1 replacement level in all regions apart from the African continent, and are expected to continue to decrease well below this replacement level in most regions. This is particularly pronounced in urban areas in the global north, e.g. there are approximately 350-400 shrinking cities worldwide, most of them in Europe (especially its Eastern parts), Japan and the United States. There are also interactions among these variables, e.g. increases in the proportion of elderly can put more economic and social pressure on working age population, further decreasing birth rates and/or postponing child births, thus driving fertility rates even lower.

Population change, especially population increase, has always been central to debates over sustainability. For example, the UN Agenda 2030 strategies needed to achieve the Sustainable Development Goals (SDGs) was mostly discussed in the context of a rapidly growing global population and ageing mostly visible in relation to that older people represent a vulnerable group. In other UN documents related to sustainable development such as the New Urban Agenda, the challenges posted by ageing urban populations are mentioned in only one sentence.

The far-reaching implications of shrinking and ageing urban populations for sustainability have so far been largely overlooked. But, insights are now emerging that ageing and shrinking urban populations will pose not only new challenges but also provide new emerging opportunities for implementing the Sustainable Development Goals (SDGs) (Jarzebski et al. in review).

Among the sustainability challenges there is ample literature on health care-related challenges connected to an ageing society, including the escalating costs in terms of care and medicine for elderly people. Challenges also include that ageing populations are more vulernable to environmental stresses with e.g. heat waves causing the highest death tolls to people over 65 years old. Heat waves are expected to increase and result in very high vulnerabilities in many European and Asian urban regions characterised by an ageing population.

On the other hand, lower consumption rates associated with smaller and older populations and smaller carbon footprints are pointed out as sustainability opportunities. The climate opportunities may be direct through reduced emissions, but also indirect through increased carbon storage where reduced consumption may lead to decreasing pressures to convert natural areas to agriculture or altering rivers to provide water for agricuture and growing cities. For example, it has beeen argued that the projected population shrinking in Japan will reduce pressure on land, opening possibilities for rewilding land that is no longer needed for agriculture, forestry, or other intensive human use and increase the potential for carbon storage and maintaining biodiversity.

Considering that the already high rate of ageing and population shrinking recently has been suggested to be even more rapid (Vollset et al. 2020), reaching the SDGs by 2030 would need much more intensified analyses and urgent actions to identify and amplify the opportunities and identify and reduce the risks and challenges.

Jarzebski, et al. Ageing and Population Decline: Implications for Sustainability in the Urban Century (in review).